Zimbabwe was once called the “breadbasket” of Africa.

It earned itself that name for being a powerhouse in agriculture, amongst other things. For those that are not in the know, let us take you down memory lane.

Formerly known as Rhodesia (and named after Cecil Rhodes), Zimbabwe gained its independence on April 18, 1980. Seven years later, nationalist as well as prime minister, Robert Mugabe, was sworn in as the country’s president.

Sadly, due to political instability and land reform disputes that spiralled into violence, this once powerful country fell down to its knees. The country’s economy collapsed and inflation ballooned out of control and today, it is sitting at over 100%.

[quote align=”center” color=”#999999″]Once a powerhouse nation and breadbasket of Africa, some are now calling it “a basket case” nation.[/quote]

Zimbabwe (despite its trials and tribulations) is a resilient country with a die-hard spirit and it refuses to give up. It recently revealed its plans to claw itself out of the dungeon and reclaim its rightful position in the limelight again. And this is how they plan to do it. According to Global Post’s website:

It is not hard to see why Zimbabwe would want to build a theme park next to this natural wonder. But the question really begs, is this a good idea?

Can Zimbabwe achieve this or are they just shooting for the stars?

Even more importantly, is this theme park going to be a hit with tourists or will it turn them off completely?

We would love you hear your thoughts. Feel free to tell us what you think. 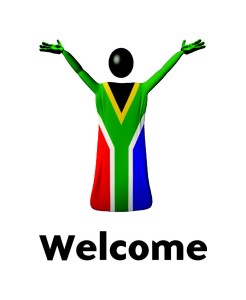