Zimbabwe is a country full of friendly smiling people, green lush landscapes, ruins, rock art of the Matobo region, baobab trees and game reserves rich in birdlife with a variety of game. Zimbabwe offers both cultural and natural attractions.

BEST TIME TO VISIT: April to October. August is a peak season because of blue skies, pleasant temperature, best time for white water rafting, wildlife watching and it is better to explore the mighty Victoria Falls.

VICTORIA FALLS – Discovered by David Livingstone in 1855, the Victoria Falls were named after Queen Victoria. Known as “The Smoke that Thunders”, due to the falling water that sends spray clouds high into the air, the falls are one of the seven natural wonders in the world and also the largest and perhaps most beautiful. Here the Zambezi River is over a mile wide and plunges into a vertical abyss across its entire width.

HWANGE NATIONAL PARK – This is Zimbabwe’s biggest National Park with the largest amount of wildlife including over 400 species of birds. Hwange is known for its large herds of elephant. Scattered throughout the park are private lodges and camps. Game drives in open safari vehicles as well as walks with professional naturalist guides are the main activities.

MATOPOS NATIONAL PARK – The massive rock formations give the Matopos National Park its unique atmosphere. The Matobo Hills are home to the white rhino, sable antelope, leopard, klipspringer, as well as the greatest concentration of black eagles in the world.
Activities include game viewing by vehicle or on foot, visiting a local tribal village and expeditions to historical and scenic sites among the hills. Some of the finest examples of ancient art and Bushman paintings can be found in the caves of the Matobo Hills.

LAKE KARIBA – is the world’s largest artificial lake and reservoir by volume. It lies 1300 kilometers upstream from the Indian Ocean, along the border between Zambia and Zimbabwe. Lake Kariba was filled between 1958 and 1963 following the completion of the Kariba Dam at its northeaster end. Lake Kariba is over 220 kilometres long and up to 40 kilometres in width. It covers an area of 5,580 square kilometres and its storage capacity is an immense 185 cubic kilometres. It is the world’s largest human-made reservoir.
The Matusadona National Park offers large herds of elephant, buffalo and hippo. Watching the incredible sunrises and sunsets together with the fantastic wildlife make Lake Kariba a truly African experience.

MANA POOLS NATIONAL PARK – is situated in northern Zimbabwe. A UNESCO Natural World Heritage Site, extending over an area of 2,196 square kilometres. As the lakes gradually dry up and recede, the region attracts many large animals in search of water, making it one of Africa’s most renowned game-viewing regions. In Shona language, ‘Mana’ means “four” referring to the four large permanent pools formed by the meandering ox-bow lakes of the middle Zambezi River. The wildlife is spectacular. The Mana Pools National Park supports one of the highest wildlife concentrations in Zimbabwe. Elephant, buffalo, lion and leopard are among the large mammals that can be found meandering along the river banks. The forest bordering the river contains ebony and mahogany these, making this a bird haven.

CHIMANIMANI NATIONAL PARK. The Eastern Highlands range forms Zimbabwe’s eastern border with Mozambique and comprises three main mountain groups – Nyanga (to the north) which contains Zimbabwe’s highest mountain Mount Nyangani, Africa’s second-longest waterfall Mutarazi Falls and the Honde Valley which leads into Mozambique; Bvumba Mountains (centrally situated near the city of Mutare); and Chimanimani (to the south). These regions are all sparsely populated, highland country and are covered in rich grassland and forests.
Chimnanimani NP is a mountainous terrain with peak heights of 2,436 metres and is the source of many streams and springs enriching the beauty of the park with natural falls such as in the Bridal Veil Falls in the Eland Sanctuary. It is approachable only by trekking along hill tracks. The village of Chimanimani was founded by Thomas Moodie in 1892.

We depart early after breakfast. At 7h00; we leave Johannesburg for Mpumalanga province (Mpumalanga means a place where the sun rises). From the Gauteng province, the high plateau grasslands of Mpumalanga stretch eastwards for hundreds of kilometres, offering outstanding attractions especially for those who seek tranquillity or very scenic landscape with panoramic view. We will spend our next two days exploring and hiking this beautiful area. We will visit, Pilgrim’s rest, Mac Mac falls, God’s Window, Bourke’s Luck Potholes and Blyde River Canyon (Three Rondavels). 2xB, 2xD.

After we enjoy some sunrise and breakfast, we start driving down to Kruger National Park. Kruger is one of the most famous national parks in the world and the second oldest in Africa following Hluhluwe Umfolozi Park. We will spend two days in the park enjoying game drives. Our first short game drive starts late afternoon and the following day we will be spent in the park spotting animals. Kruger Park offers optional sunset and night game drive in open vehicles; you can book at the reception or organize with the guide. 2xB, 2xL, 2xD

Today is our last day at the Kruger, we start the day early with a slow drive (for animal spotting) and we depart from the park in the late afternoon. We have a long drive inside the park heading up to Pafuri gate, the most northern point of the park, where we will exit in order to get to our next destination. Tshipiso Forever resort camp will be our stop over before we cross into Zimbabwe. 1xB, 1xL

Today we are crossing out of South Africa and entering Zimbabwe, which is formerly known as Southern Rhodesia, and it is one of the most beautiful countries in Africa with very rich agriculture. Our first stop is in Bulawayo, Matebele land (One of the tribes in Zimbabwe). We will spend the following day visiting the Big Cave (San rock painting), Chief Pondo homestead to learn a bit about their culture and enter Matopos for Rhino tracking late afternoon before we head back to the camp. 2xB, 2xL, 2xD

A leisurely start, after enjoying the beautiful sunrise over the
rocks and done with breakfast, we pack our vehicle and leave for Hwange National Park. Hwange is very famous for its big Elephant herds and packs of Wild dogs; they roam freely in and out of Zimbabwe to Botswana or vice verse. This will be our last opportunity to see some of the big 5 in the real wild before our safari ends in Vic Falls. We will spend our afternoon and the following morning spotting animals in the park. 2 x B, 2 x L, 2 x D

Today we have a short drive to Victoria town, which was named after Queen Victoria by the explorer David Livingstone and the local people call it Mosi-ao- Tunya (the smoke that Thunders). After we arrived at the lodge, we will check in, go to the activity center to book optional activities for the following day and visit the Victoria Falls. 1xB 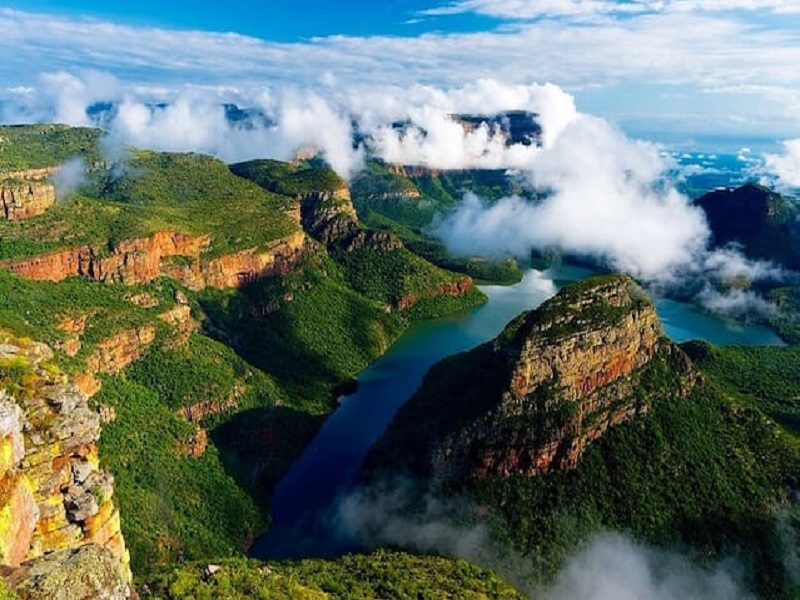 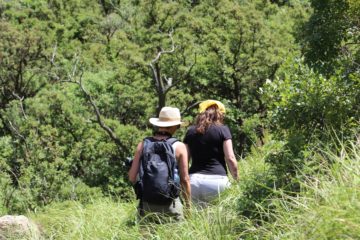 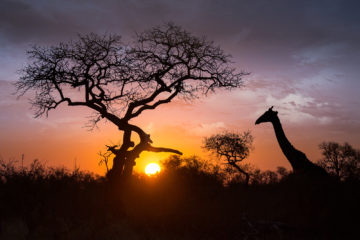 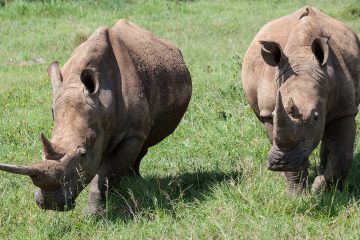